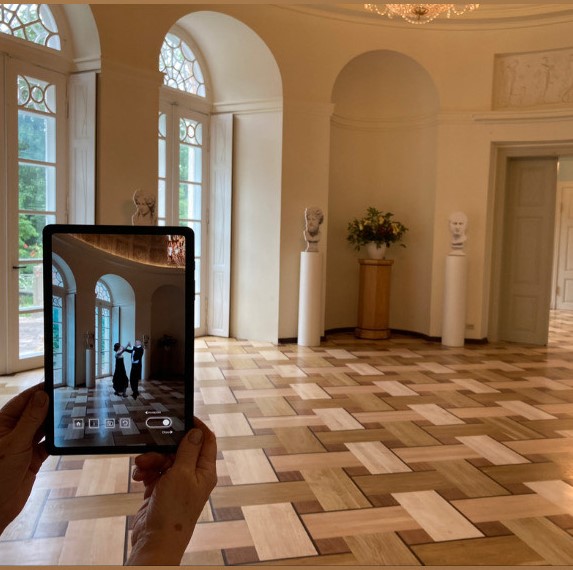 The association “Latvian Rural Forum” was organizing an initiative “Dižprojekts” (meaning: The Grand project) this year for the 10th time – a competition for projects that are implemented by LEADER approach. As every year, each Local Action Group (LAG) had a chance to nominate project from their territory that stands out among others. Nominees are the best examples to be proud of locally and nationally.

This year there were 29 candidates nominated from all Latvian regions covering different interest sectors – cultural, social and business projects with different co-financing rates. The significance of the projects, their contribution to the local, regional and national community and the novelty and sustainability was taken in account while evaluating the projects. The winners of the competition were determined by LAGs, independent jury and pubic vote in social media. Special prize went to the project which had the largest number of supporters in social media (Facebook, Instagram, Twitter) that reached up to 2435 votes. This year’s winners were announced this March in annual “Latvian Rural Forum” meeting.

The main title “Dižprojekts 2020” was given to the project “Digitals tools for innovative services in Jaunauce Manor” implemented by association “Mēs-Jaunaucei” in Saldus Municipality. Jaunauce Manor once was a home to a stellar art collection, but during World War II most of the artworks vanished. Jaunauce Manor team implemented project that brought back pieces from Leonardo da Vinci, Raphael, and Bertel Thorvaldsen in augmented reality. There has been made application that features 12 paintings, 8 sculptures from the original exhibition and 2 historic dances. The project also got the widest support on social media, collecting most of all the votes. People are surprised that such a collection once was located in Latvian countryside and the solution for the knowledge transfer to the visitors is surprisingly effective, innovative and some-how fresh to the society (there are only few places in Latvia where augmented reality products are seen). The fact that gives extra value to the project is that the initiators of the project are people who had grown up in the village many years back and felt the need to give back to their hometown.

Second place was given to the project “The development of historic tourism in Pasiekste windmill” implemented by Ltd “MS Avlo” in Ventspils Municipality. Thanks to Veinbergu family who dared to dream, Pasiekste windmill has now regained its former splendor. The environment around has been nicely freshened up and now it is possible not just to visit the windmill but also enjoy a delicious meal. Third place went to the Ltd “Pakalnieši” in Gulbene Municipality, who implemented the project “The production site development of homemade cheese”. “Pakalnieši” is a homemade cheese factory that produces soft cheese with more than 25 types of additives, cheese balls and other dairy products. Their beginnings of the company are found many years back in the little room of the owner’s house. Now they produce the cheese more widely and people just love their production!