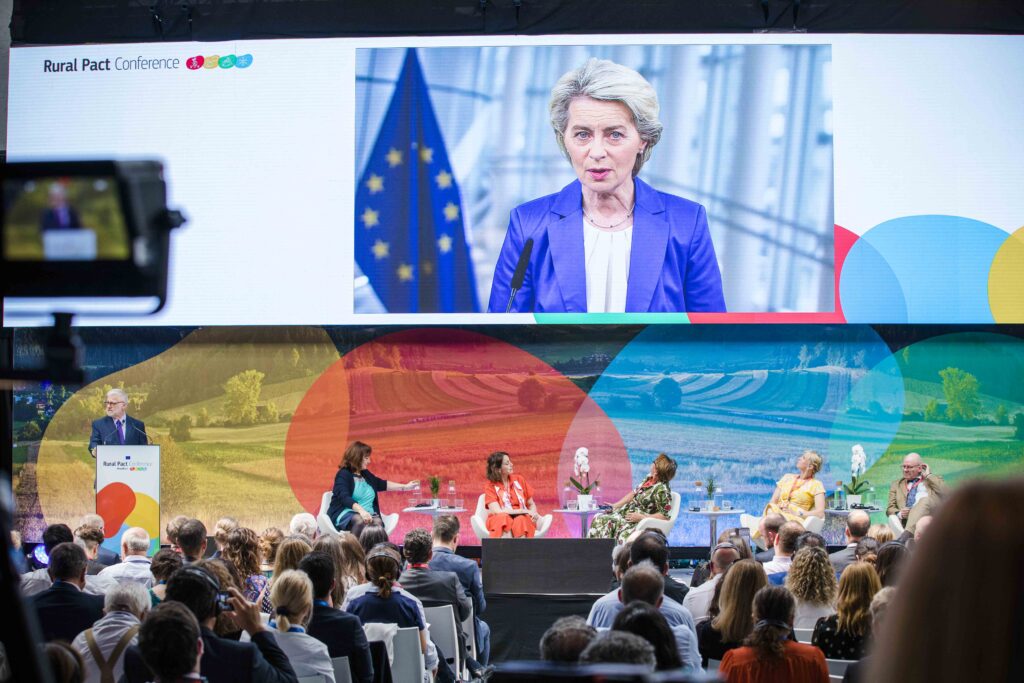 On 15–16 June the first Rural Pact Conference took place. ELARD as one of the organisers of the conference, participated in the High Level opening, co-created one of the pre-events together with ERP-partners and EESC, and assisted in finding competent speakers from different levels at different places.

Around 400 participants of the conference representing EU, national and regional policy makers along with local authorities and social and economic stakeholders, exchanged and endorsed the governance of the Rural Pact.

The Rural Pact, a framework for enhanced cooperation to mobilise public authorities and stakeholders to act on the needs and aspirations of rural residents, is one of the main initiatives to achieve the goals of the long-term vision for the EU’s rural areas.

The objectives of the Rural Pact are to amplify rural voices and to put them higher up on the political agenda, to structure and enable collaboration and mutual learning, and to encourage and monitor voluntary commitments for action. These commitments can be submitted online by individuals or organisations (academic/research, business, consumer, environmental, non-governmental, public authorities, trade union organisations).

The European Commission will facilitate the set up and work of the Rural Pact (the launch of an EU rural observatory, a toolkit on access to EU funding opportunities for rural areas, monitoring of how EU funds are used to support rural areas in the 2023–2027 period, rural proofing, a dedicated website including the rural revitalisation platform) and help to monitor progress on the implementation of the commitments made under its auspices.

The High level opening started out with a video-speech from Ms President von der Leyen. The speech she held was coloured from the war in Ukraine. The main content was on resilence and food supply, thus putting farming in focus. Farming is important – for its own sake – since all people need food, rural and urban. But rural areas are also depending on other sectors than farming, and service and culture also plays a big role in making rural areas attractive.

Shortly after, Mr Wojciechowski also attended via screen and stated the importance of LEADER, which was appreciated from ELARD ofcourse. But, at this conference in Brussels, more than 400 people from rural areas from all around Europe attended physically. Choosing videomessages instead of physical presence sends signals that rural actors interpret as the commissioners taking LTVRA less serious. However Ms Vice-president Suica actually attended in person and stayed troughout the whole panel, which was highly appreciated. In her speech she appreciated the work of the ERP and the importance of volunteers. 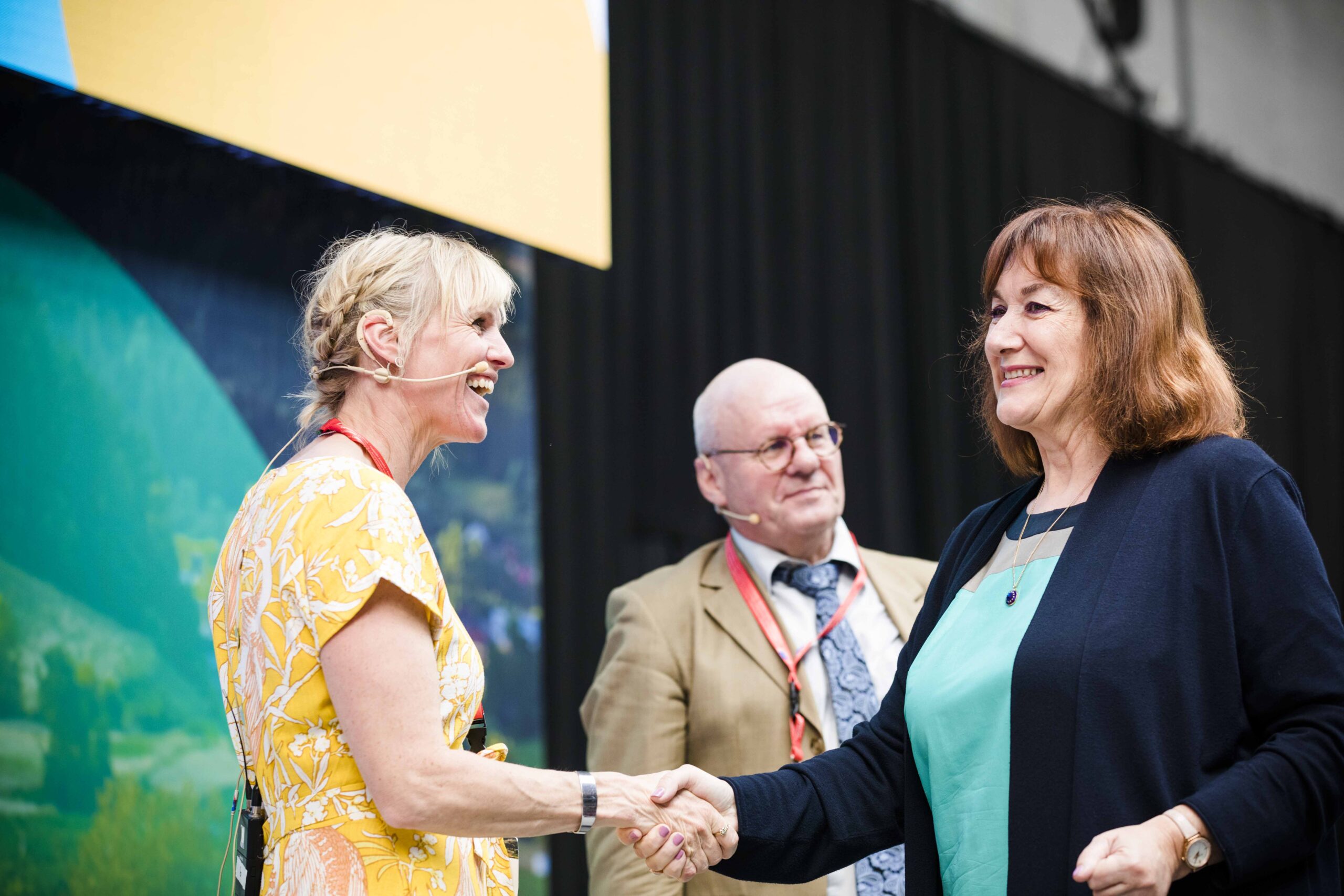 Ms Isabel Carvalhais, MEP, who is leading the opinion on the LTVRA from the Parliament, held very interesting speech, stating that the voice of rural Europe is indeed amplified already, only it is not being listened to. This confirms the feeling from rural actors, that have been doing joint advocacy through ELARD, ERP and partners last couple of years. 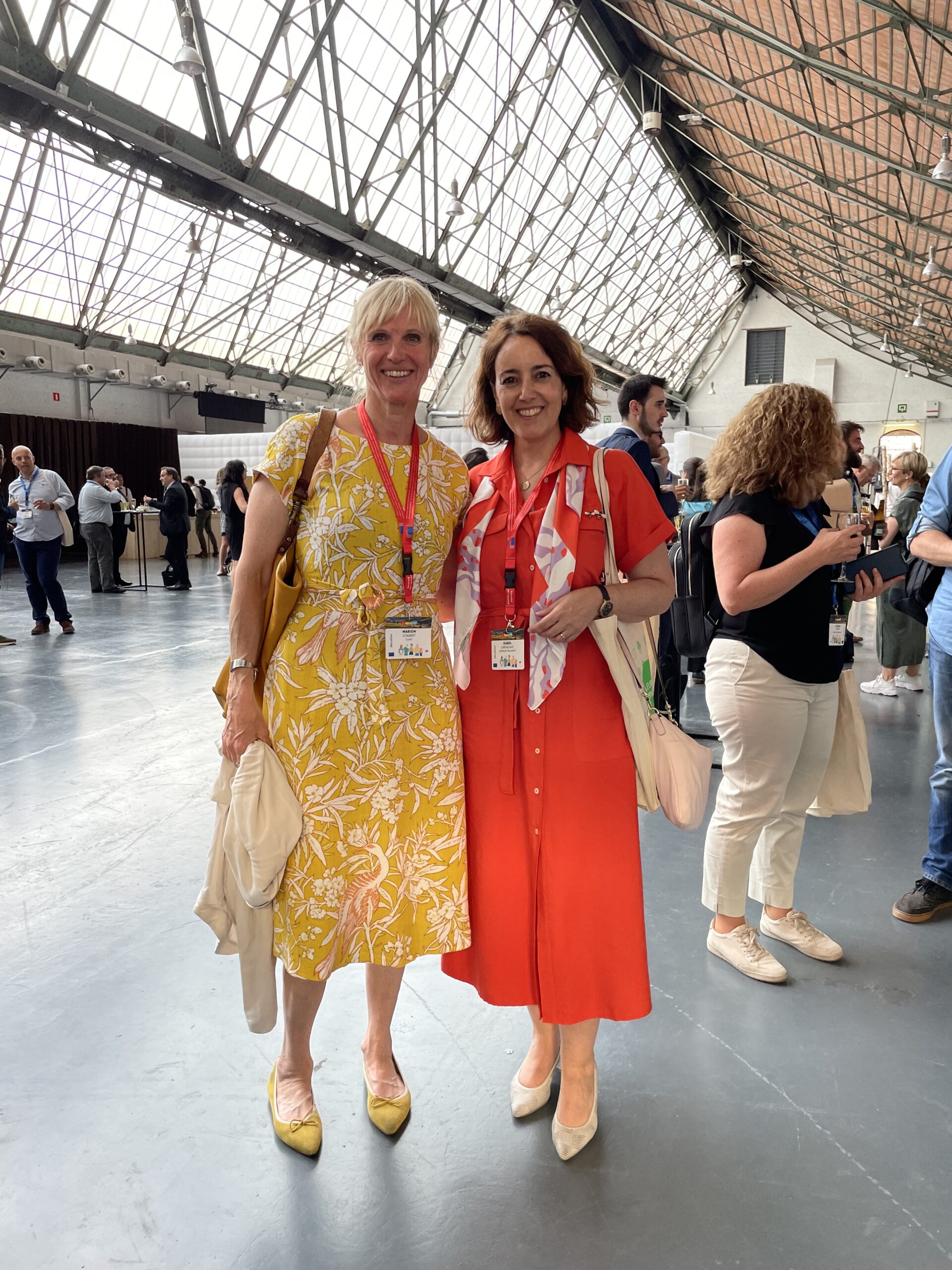 Many sessions concluded the need to involve rural actors in the decisionmaking process at all level, youth, women and businesses and volunteer, and that these stakeholders should be involbed in rural proofing at all levels.

More information from the conference can be found here, photos and recordings are available: https://ec.europa.eu/info/events/the-rural-pact-conference-2022-jun-15_en

The process has just started

Being part of civil society, ELARD – and ERP partners – have been working and pacting in rural areas for decades. In fact, Local Action Groups are like local rural pacts, trying to make the most of its territorial area. As volunteers, we have been working and promoting rural areas at all levels. ELARD exists since 1991, and has been doing advocacy since, promoting CLLD and local governance as part of the overall governance for a common better future at least since 2017.

Unfortunately, there are still no changes in the legislatory and financial framework for being able to do real change at local level. The CAP stays outside the CPR, which colours the action at memberstate level. What ELARD has noticed, is rather a decrease in the use of the second pillar for many years, a decrease of the multifundapproach (CLLD) (for the programmingperiod 2023-27), which unfortunately was confirmed at our last members meeting in Sweden. Furthermore, ELARD sees a decrease in the amount of funding invested in LAGs for 2023-27 compared to previous programmingperiod. A recent Thuenen study[1] shows that there will be 7.4 bio € available for LEADER; which is less than 9,2 bio € 2013-20 (according to ENRD). Please observe though, that the difference can be due to including or not including co-financing in the numbers, which we have not yet been able to find out.  Even so, ELARD with friends from other ERP-partners, but also through official opinions together with Committee of Regions, EESC have been advocating since 2017 that we need a regulatory framework with earmarking for CLLD in order for local level to be able to support common goals in a governance for sustainable rural development. Unfortunately commission and memberstates are not moving in this direction.

At last we seem to have reached the beginning of a crossrad. It is a real change, that civil society is being invited to participate at the High level opening at the rural pact conference. We have been listened to when designing the long term vision for rural areas, in many parts. We regret the extreme focus on geographically disadvantaged rural areas in the LTVRA, since we believe that this risk putting rural areas against eachother. We fear that raised support for the more geographically disadvantaged will be on the cost of other rural areas rather than mainstreaming rural action in all funds.

We understand the idea of pledges at the rural pact. However, we are very concerned, that mainly the voluntary  and private sector will be doing these pledges. We need all levels to sign up for real change. ELARD has suggestions for how to achieve real change in the Halmstad Declaration from December 2021, and just recently we also have a Contribution to the 8th Cohesion Report.

Yes, the vision aims at 2040, so there is still time to realise it. But, without real change now, we are loosing momentum and the process is endagered. Its time for all partners to utilize the power they have and commit now, in order to make real change.

We count on commission, parliament, memberstates and regions to keep pushing this process, to make pledges and contribute to the development of territorial agenda and rural areas just as volunteers and local actors have been doing for decades. Idealists as we are we will keep innovating, and contributing our part, simply because we live, act and vote in rural areas, and we want to make them even stronger, more resilient, more connected and more prosperous than before!