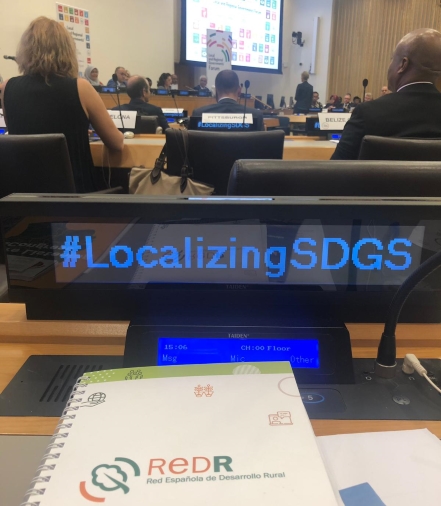 Maria José Murciano, Coordinator of the Spanish Rural Development Network and member of the Council of ELARD has been attending last week the 2nd High-level Local and Regional Government Forum on Sustainable Development Goals and 2030 Agenda in the framework of the UN General Assembly, in New York.

From the point of view of rural development partnerships, one of the key messages of the meeting has been the finding that local governments must play a leading role as drivers of the 2030 Agenda and Sustainable Development Goals. The participants of the Forum coincided in that, from the point of view of sustainability, local entities and governments were always in the “trenches” whenever the society needed them (climatic disasters, droughts, floods …). But, at the time of truth, the cities are the ones that take the leadership of sustainability issues.

One of the main messages launched last week in the United Nations was: we need an urgent shift of paradigm, as a society, if we do not want the situation to become irreversible.

As it expressed in the Forum, we are immersed in a process of transformation, of deep change, in a system that does not work; the social contract must be renewed, and this model of development is not sustainable. We are at the beginning of a revolution: now is the time to act. It opens before us a great opportunity, whenever we can improve the dialogue and increase the necessary changes, so it is necessary to establish several alliances and new actions; we must unite to not redouble efforts but multiply them… There are aspects that we must correct among all of us to be able to go forward.

We, from Local Action Groups, share the vision that stands out in the United Nations: we believe it is time to implement until its final consequences the motto “think globally, act locally” and incorporate the new “learn globally, practice locally”.

Another conclusion that must be highlighted is that local leadership is fundamental to global transformation. In the municipalities, the local leaders are the true source of transformation. States and countries need the local level; without local authorities and a well-organized, informed and empowered civil society we will not reach our goals. The power of change lies in local areas and the beginning of the revolution is taking place in these areas. The statements were based on evidence and not on theories, and what is most important: those who are raising their voices are coming from local areas. What we hope for is that the commitment that was launched from the United Nations these days, will reach to the rural and local areas, that should be listened to and included in the plans.

Regarding the Climate Summit, the main tone (“Make it happens, not one is left behind”) was urgency and emergency. Actors are moving, and it is essential to give more attention to young people, who must have more power in decision making. As Greta said “The world is waking up. And change is coming, whether you like it or not.”

This Forum has been a major UN work for broadening the commitment of local and regional governments, networks and partners to show results in implementing the SDGs and promoting synergies with climate action. As a prelude to a decade in which much is at stake, the Forum was an opportunity to take stock of lessons learned so far, and to explore ways in which successful local, national and international policies can be put forward and expand.

The Second Forum of Local and Regional Governments on the 2030 Agenda was also the moment to announce the Acceleration Actions towards SDG and climate action implementation. 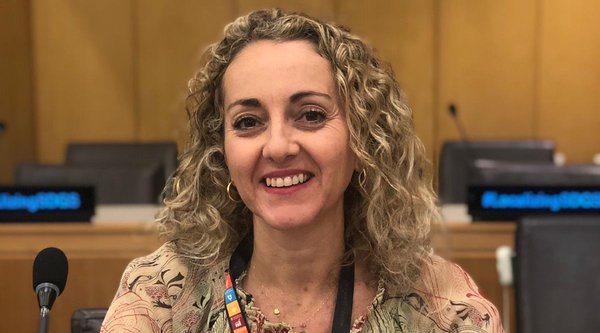 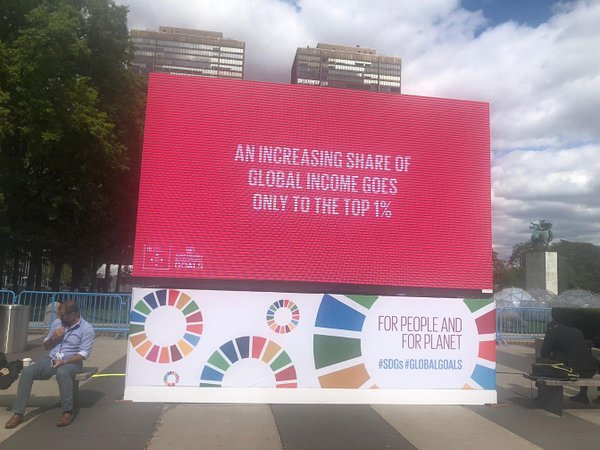