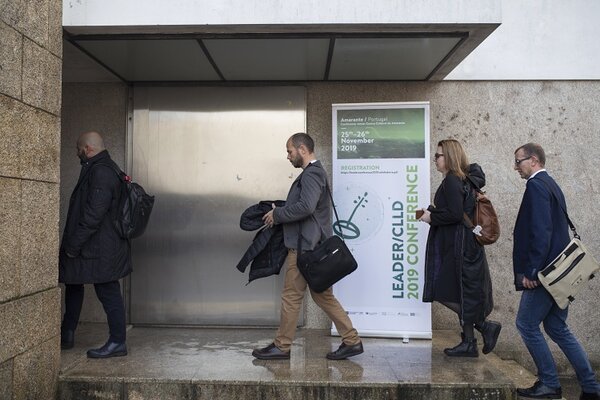 This year’s ELARD annual meeting held in the North of Portugal, in the beautiful historic town of Amarante, began November 25 with an introductory members workshop on the state of the art of LEADER/CLLD implementation and the preparation of the next programming period in the Member States, and continued the next day with the LEADER/ CLLD 2019 Conference in an ancient prison transformed into a Music school and cultural centre, Amarante’s Cultural Center Maria Amélia Laranjeiro.

The keynote presentation “Implementing CLLD in EU: Experiences so far – stocktaking, analysis and recommendations”, elaborated by Loris Servillo, Researcher and Associate Professor at Politecnico of Torino, and Stefan Kah, Researcher at University of Strathclyde/European Policies Research Centre, launched the event, that was joined by more than 120 participants, from 17 different countries.

The panel entitled “Looking forward with the feet on the ground – proposals and expectations from local level” introduced good examples of the use of ERDF and ESF, advantages of the development of the use of simplified cost options, and insights from the ELARD Members workshop introduced by Marion Eckardt,  Kristiina Tammets and Robert Lukesch, respectively.

The afternoon was dedicated to the ELARD General Assembly Meeting.
Visit the website of Conference HERE and find: