In ELARD we have two vice-presidents at the moment. In November at our last General Assembly, Mr Dr Hartmut Berndt from BAG LAG (The German LEADER Association), was re-elected to be one of the two vice-president of ELARD during 2022. Now Hartmut is part of the presidential team of ELARD already since 2020! We would like to introduce him a bit more to our readers and followers! 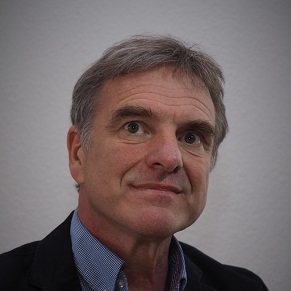 Dear Hartmut, Who are you?:
For 20 years I have been LAG-manager in Göttingen, a highland region in the centre of Germany. Soon after we started the LEADER+ process, I discovered that it would be very helpful to have a LAG network in Lower Saxony and in Germany. A network for us to share experiences and to find a stronger voice in discussions with national bodies who did not support LEADER the way we hoped for. After some preparations we started the German LEADER Association (Bundesarbeitsgemeinschaft der LEADER Aktionsgruppen, BAG LAG) as an initiative. In 2016 we were officially registered. I have been living in small village half of my live and until today I am fascinated by the creativity and potential of rural people. That is the reason why I want to strengthen rural areas and give them a voice in our society.
As chairman of the German LEADER Association I am member of national and European boards and the governmental council of experts for rural development.
What is your motivation of joining ELARD and also taking the responsibility of vice-presidency?
Right at the first time I learned about ELARD more than 15 years ago, I thought that German LAGs had to join the organisation. More than 320 LAGs in Germany had to be represented in the European LAG Association and ELARD should be strengthened by a German membership. My vision is that participation as implemented in LEADER is one of the main success factors for transformation in our societies. Transformations that are more than urgent in a threatened environment and in a world with large economic disparities. We can only contribute to a sustainable world if we work together closely.
What can we expect from you during 2022?
I want to continue my engagement for easy and simple funding conditions in LEADER which fit the needs of rural people, empowering their efforts for an improvement of their living environment and a sustainable live.
Thank you so much for your long time engagement Hartmut and we look forward to seeing more of you during 2022!
/Marion
Interviewed 25th of January from Marion Eckardt, President of ELARD
X