02jun14:0015:00Promoting Regional Funding - How to maximise the use for our rural regions 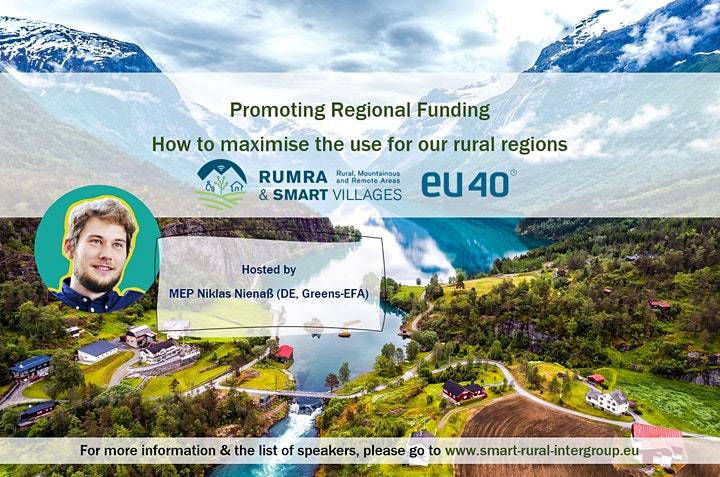 The round-table-debate will tackle the potential of the Community-led local development (CLLD) system developed by the European Commission.

How can we tap the full potential of the variety of our Investment and Structural Funds and simultaneously trigger more citizens participation and locally driven funding?

The second pillar of the CAP, the EAFRD, is the “pioneer” in this respect: Here, the so called LEADER-approach allows funding which is decided from local action groups (LAGs), who are able to decide for their respective region on projects, project applications and ultimately also on the funding. They receive the funding directly, no matter whether they use it to build a football pitch or a school – depending on what they consider to be necessary.

In addition, the EAFRD finances a European rural development network (ENRD, whose purpose it is to bring together national networks and national organisations and administrations involved in rural development within the EU) and the EIP network, which enables farmers and researchers to get in touch and exchange knowledge.

In order to further strengthen the favoured bottom-up approach in regional and structural funding, the EC has developed the Community-led local development (CLLD) system, which is similar to the EARDFs approach of LEADER It turns traditional “top down” development policy within the structural funds (like ERDF and ESF+) on its head. Under CLLD, local people take the reins and form a local partnership. Again, local actions groups can decide about funding in their own region. This allows support for people and communities where it is really needed. CLLD was already possible in the funding period 2014-2020 under the Common Provisions Regulation. Now, funding implemented via CLLD allows a higher financial EU-support: Those projects which are developed and decided by LAGs will get 10% more EU-money.

CLLD is only voluntary within the structural funds. Depending on the member state, it is not even advertised and promoted in any fashion. In order to change this somewhat, Niklas Nienaß, Vice-Chair of the RUMRA & Smart Villages Intergroup, succeeded to achieve 10% more EU co-financing for such projects within the framework of the CPR negotiations. The CLLD principle is comparable to LEADER, even if they are within two different funding mechanisms. LEADER, however, is widespread and more recognised/accepted. This has lead to EAFRD being the sole bottom-up funding tool in rural areas. The large ERDF and ESF funding tools are usually allocated top-down, however, so that rural regions too often fall short of the advantages of the funding.

At this round-table we would like to debate how CLLD can be implemented in more funding mechanisms and regions, thereby also giving the regions an additional 10% co-funding advantage. What potential does CLLD have and how can it be promoted more, in order to increase acceptance?

– Alina Cunk Perklič, CLLD/LEADER and Smart Villages expert in the Ministry of Agriculture of Slovenia