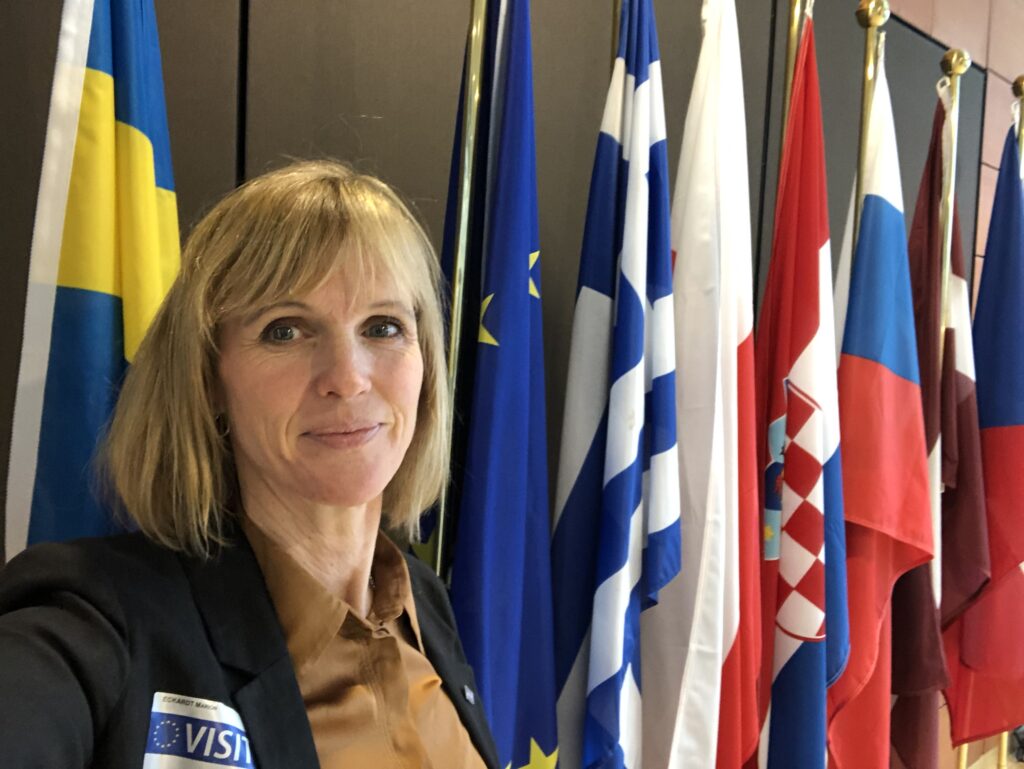 Every year, on 9th of May we celebrate Europe Day, we are reminded that there was a time, before the EU. The date marks the anniversary of the historic ’Schuman declaration’. At a speech in Paris in 1950, Robert Schuman, the then French foreign minister, set out his idea for a new form of political cooperation in Europe, which would make war between Europe’s nations unthinkable. This speech is considered the start of what we today know as the European Union.

Of course, the EU has its challenges, but the large peacekeeping project has values that goes far beyond these problems. Our European Union also stands for the free movement of people within our borders, at least for most people. I myself have worked and lived in Denmark, Cyprus, Austria, Germany and Sweden during my adult life. It has been easy and uncomplicated, due to the regulations agreed upon in the European Union. However, I am also old enough to remember a Europe with heavy border controls. Today, these border controls are back. Some came already due to the failed coordination of how to handle refugees within the union. And since the pandemic struck us, almost all borders are experiencing heavy control again. We can only hope, that this is temporary.

At ELARD, we work to build bridges instead of borders. We are living Europe’s values, every day and at every meeting. We are currently in a process of developing our organization’s values and vision. The values of our organization are, amongst others, the European values, as set in Art. 2 of the Treaty on the European Union: human dignity, freedom, democracy, equality, the rule of law and respect for human rights, including the rights of persons belonging to minorities, which is part of what it means to be European and to engage respectfully with each other. These values are common to all EU Member States in a society in which pluralism, non-discrimination, tolerance, justice, solidarity and equality between women and men must prevail.

Our members are part of a fantastic European family. We come from different countries and Member States, but we have the same goals and we work with great respect for each other’s differences and cultures. In a Europe that is slipping more and more apart, the representatives of the different members of ELARD have come closer and closer since the pandemic started. We urge all colleagues to try to do the same, to build bridges through the tools we have today and to focus on starting more transnational collaborations. Especially today, because travel is difficult,
we need to maintain our international cooperation to preserve our European family and our peace. The conference on the future of Europe is currently underway, and it would be fantastic if a large part of Europe’s LAG could get involved in this, as we also value participatory democracy.

Actually, The LEADER method is participatory democracy and one of ELARDs task is to spread knowledge of the LEADER method. On Europe-Day last year, we launched ”The voice of rural Europe for the future of Europe” In it you will find a lot of material of possibilities on how to develop Community Led Local Development and the LEADER-method
on national level, and the content is still valid for us, so I recommend for you to have a look.

Over the past year, we have therefore been active in developing Europe’s Long – Term Vision for the Rural Areas. It has been a fantastically rewarding process, with many good ideas that can be built on. We from ELARD would today like to highlight the paper “Rural Semester as a tool to deliver a truly holistic policy for rural areas“ that we, together with some other actors were involved in and developed together with the Jacques Delors Institute.

We are proposing a rural semester, because…:
• rural areas are the basis of our resilience, collectively and individually. They shelter resources that will become more and more precious.
• most Member States focus on spending European funds (ERDF, ESF, Cohesion Fund or EAFRD) in rural areas, but not on designing specific measures or regulations for people, enterprises or services fit for low-density places.
• there is a weak coordination between national and sectoral policies for rural areas.
• of the lack of suitable and common criteria of success

We propose a rural semester to…:
• engage with the existing European Semester and ensure that the full range of rural concerns (environmental, social, economic, digital, educational…) are reflected in it.
• be an integrated process, taking into account the issue of territorial cohesion as such, in our case for less densely populated areas.
• create specific targets related to rural areas and policies associated

And we believe that the rural semester should be different / complementary to rural proofing. Rural proofing is something that we do in order to help rural areas. Instead we are proposing a rural semester in order to create a resilient and viable Europe. As I said before, we believe that rural areas are the basis of our resilience, collectively and individually. They shelter resources that will become more and more precious.

So our proposal for Europe Day is to seize the opportunity that the pandemic has given us, the new awareness from most decision-makers and citizens that functional rural-urban areas form the basis for resilience of our union, and start working for implementing a rural semester. Meanwhile, in our local areas, we will keep building the European family together with our colleagues.

I wish you a peaceful Europe-Day. Stay safe and stronger together!