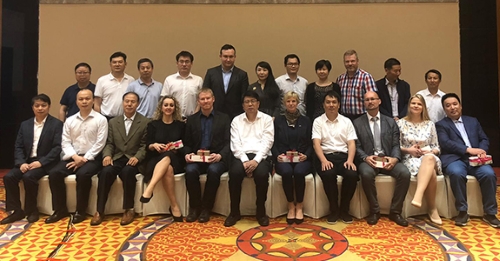 ELARD has just completed its cooperation mission to China, where representatives of European Local Action Groups have learned first-hand the reality of Chinese rural territories, have shared knowledge, territorial policies and have contributed with their expertise to the different institutions and government representatives with whom they have collaborated, during this 10 days mission. A work that has finally materialized in a transcendent agreement to establish the first Local Action Group in the Asian country, specifically, in Xingguo County, Jiangxi province. This commitment to China implies the first step towards future lines of cooperation in rural areas that can be very useful for European Local Action Groups. Although it is a pilot experience, it is the first time that the Asian giant has opted for the participatory local development approach from the bottom up that characterizes LEADER to apply it in its rural territories.

China has begun a profound process of transformation by abandoning and leaving behind industrialist and productivist policy, looks to the future analysing what have been the mistakes made in the past and takes the reins to start a path. As one senior communist party leader said during the visit, “one of our biggest problems is the top down policy, we have to start placing the citizen at the centre of decision-making”. We do not know whether to interpret it as an approach to western methods or if it is a nod to the LEADER approach, but they are relevant statements regarding the change of mentality in the country and its development policies.

What is certain is that, in our second mission to the Asian continent, we have been able to see the steps that the most populated country in the world is taking: banning paper mills in order to preserve bamboo forests; relocation of the massive textile industry due to excess contamination (failing that, they seek quality textile production and locate it in more rural areas); new slogan summarized in “quality vs quantity”; agricultural technification to ensure sustainable food security with the environment; or massive impulse to renewable energies. And this is where ELARD can play a crucial role. The important step has already been taken, the signing of the agreement at the highest political and institutional level between SAFEA and ELARD has materialized. The second step was to raise awareness of the importance of establishing Local Action Aroups and the bottom-up approach, one of the hallmarks of LEADER/CLLD. Our biggest challenge, in addition to creating Local Action Groups similar to Europe – but contextualized in the Asian country – is, without a doubt, to initiate a process of social cohesion at all levels, and to involve citizens in decision-making.

The negotiation process has been arduous, its policy is ‘Win to Win’, both parties must benefit from the agreements and, for the 5 ELARD representatives in this mission, it has been difficult to move forward in negotiations and articulate an agreement, but finally it has become a reality. If everything continues its course, enormous possibilities are opened in training and also cultural ex-changes, without forgetting, of course, commercial ones. We will follow step by step the evolution of the agreements.