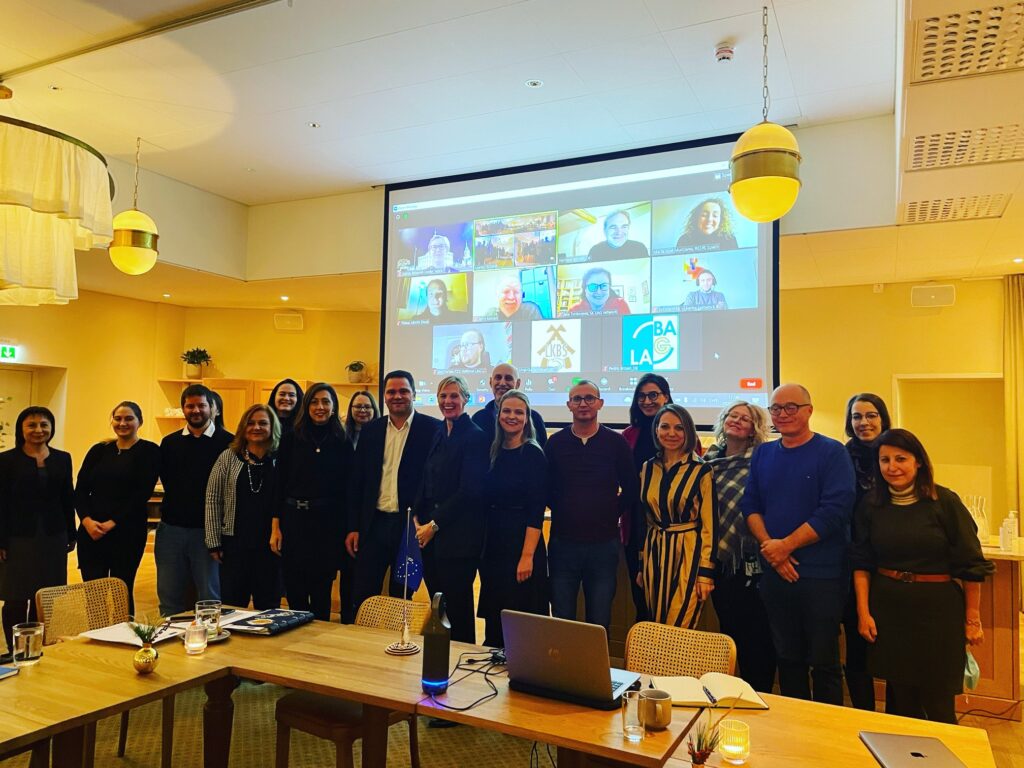 Mr Hartmut Berndt, from BAG-LAG, Germany was re-elected for vice-president.

Mr Thibaut Guignard, Leader France, was newly elected as vice-president for the year 2022. For an introduction of our new vice-president, please see interview.

Other points on the agenda was the LEADER 30 years event, members issues and planning of the year 2022.