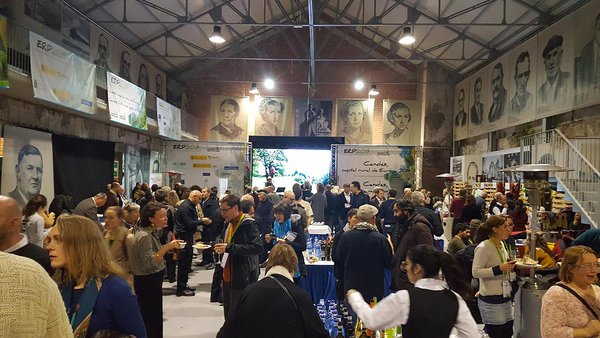 The 4th European Rural Parliament, hosted by Red Asturiana de Desarrollo Rural (READER), was held in Candás, Asturias, Spain, from November 6 to 9. All in all, 38 European countries from inside and outside the UE (*) were represented by 335 delegates – rural people, representatives of civil society organisations, researchers, national governments and European Union institutions.

The European Rural Parliament is a unique and dynamic partnership between 41 national civil society organisations and 6 pan-European rural networks, all working for rural people. The partnership spans most of wider Europe, from Iceland to Turkey and Portugal to Ukraine with an extensive grass-roots membership working with village and community issues.

The participants of the 4th European Rural Parliament agreed upon the Rural People´s Declaration of Candás Asturias on 9th November, after discussions on actual megatrends. What is the political and economic price to pay for exits, exodus and rising populism? Are national governments and EU too attached in growth thinking combined with a dominating urban Agenda? Is sectoral thinking, programming, management and financing the best solution for rural communities and economy?

The Declaration suggests working together in partnership for a “real” Rural Agenda for 2021-2027 recognising the critical importance of rural areas whilst opening the path for flexible, decentralised, territorial and place-based solutions where all stakeholders cooperate for the common good. Strategic, economic, environmental and social plans would take into account the variety of rural realities, even declining ones. Existing and upcoming challenges like ageing, social exclusion, immigration, exodus, food security, environment and climate change must be better tackled. As for new technologies and faster connections, although they bring opportunities, they are and will stay unequal in Europe.

The fact that the ERP is bringing together so many countries and people across Europe with a common passion for the maintenance of our rural territories is without a doubt valued, namely by Mihail Dumitru, Deputy Director General of DG Agriculture and Rural Development of the European Commission speaking to the 4th ERP.

The next step of the ERP partners will be to ensure that the voices and messages of the 4th ERP Gathering will be heard in the corridors of power in Brussels and also in the national governments across Europe.