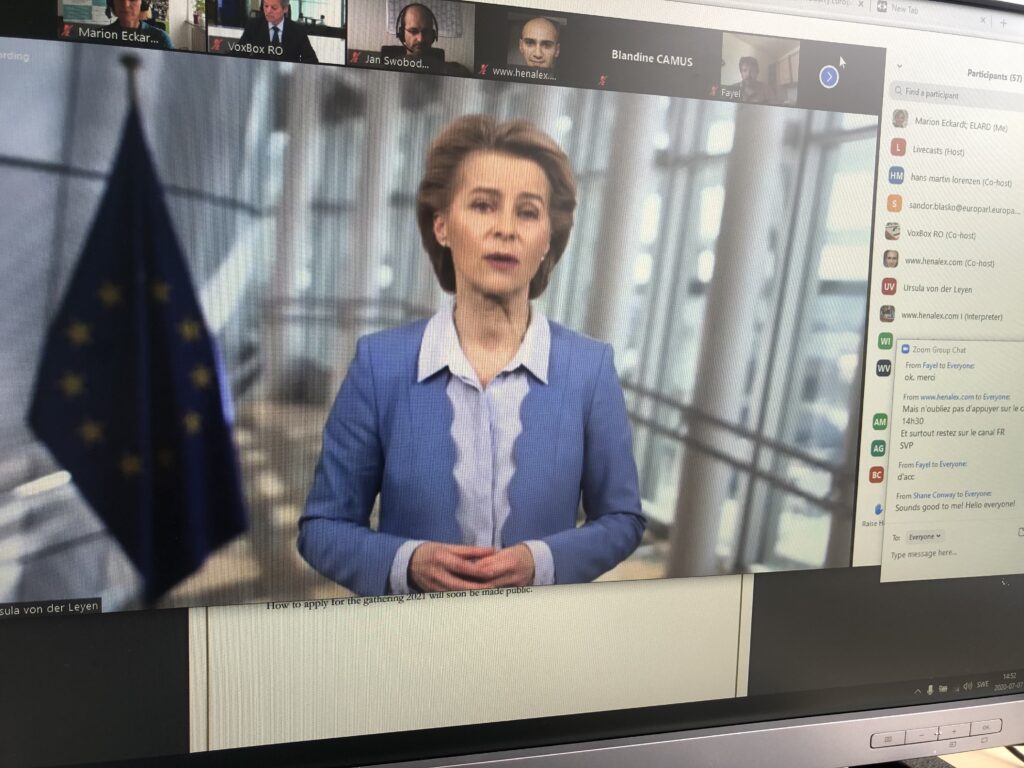 ELARD participated on July 7th in the high-level European webinar “A vision for rural Europe” organized by Renew Europe and ARC2020. You can see it again here: https://re.livecasts.eu/a-vision-for-rural-europe

The seminar was understood to have reached over 12 000 people and more than 60 000 have streamed later.

The European Commission considers that rural areas should play a greater role in the Covid-19 recovery and reconstruction plan. With the right vision and the right policies, rural communities have the potential to drive the transition to a greener and more resilient Europe, to the benefit of urban and rural dwellers.

Mrs President Ursula von der Leyen, President of the European Commission, was the keynote speaker, noting clear points about the importance of rural areas for the future of the European project. Von der Leyen stated that all the Commission can do to reinforce the role of rural areas at European level is to establish a common vision, set a direction and make more financial resources available, citing increased CAP funding to through the instrument of the EU Next Generation Recovery Plan and the European Green Pact, through the Biodiversity and “Farm to Fork” strategies.

“The future of local communities can only be established locally,” said Von der Leyen.

Marion Eckardt, President of the European Network of Local Action Groups ELARD, asked how the Commission believes that this vision can become a concrete strategy and action plan, stating that the allocation of funds is necessary, not only for CLLD and LEADER but for rural development in general since, after all, citizens in rural areas get much less funding; all this, in addition, taking into account the “timing”: the MFF (Multiannual Financial Framework) will be approved shortly and “the long-term vision for Rural Europe” will be approved in a longer term.

Please find the extensive report from ARC2020 at https://www.arc2020.eu/a-vision-for-rural-europe-event-report/